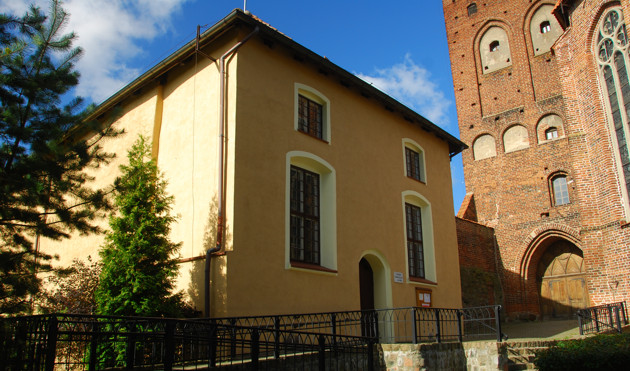 Small evangelic church built in 1480 is placed near the Basilica. Initially it functioned as a graveyard chapel, which was adapted by Duke Albert into Szkoła Wielka [in Eng. Great School] in the mid-17th century. Church services in Polish were carried out at the same time. It wasn’t until 1817 that the school was moved to a new building and the church was renovated in order for the temple’s requirements to be met. The original appearance has been kept to this day. The altar from 1717 draws attention immediately after entering. The next attraction is the baroque gallery(1730) as well as baroque wooden vault(1817). Pipe organs made by organ master Johann Scherweit. In front of the church there are a bell and a baptismal font(1843).