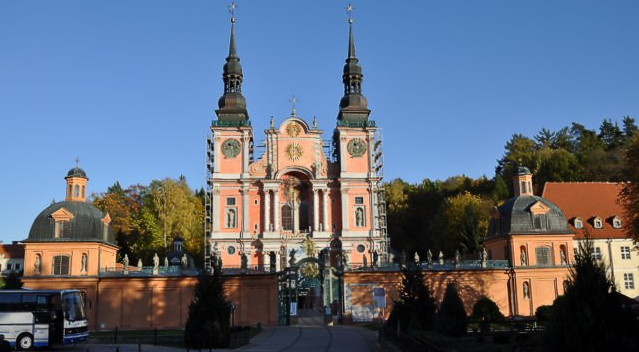 St. Mary’s Sanctuary in Święta Lipka is located 12km from Kętrzyn in a picturesque valley floor and is regarded as one of the most important landmarked buildings of Late Baroque in northern Poland. The whole structure consists of: the church, arcaded cloisters and a convent. The church comes with a legend about a convict imprisoned in a cell of St. George’s Church in Kętrzyn. The building has rich and diverse ornaments, which preserved in an almost intact state. Mainly by wooden and stone sculptures, murals and paintings on canvas. The entrance leads through an ornate wrought-iron gate(made by Jan Schwartz from Reszel in 17th century). The church’s most famous feature is the Baroque organ, built in 1721 by Johann Mosengel from Konigsberg. Since he paid attention not only to the instruments’ sound but also to the appearance, the organs have a set of statues, which move whenever the instrument is played. The work of art is admired to this day.
The parish organizes concerts, so called Świetolipskie Wieczory Muzyczne(in Eng. Święta Lipka’s Musical Evenings). Pipe organs concerts are held on every Friday(July and August), during which multiple artists from Poland and abroad give their performances. 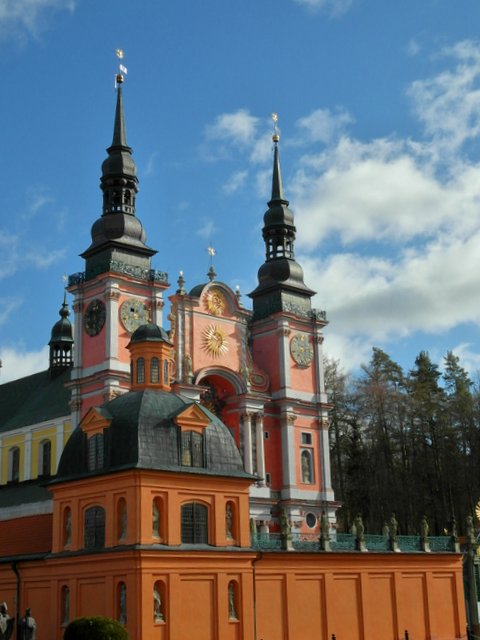 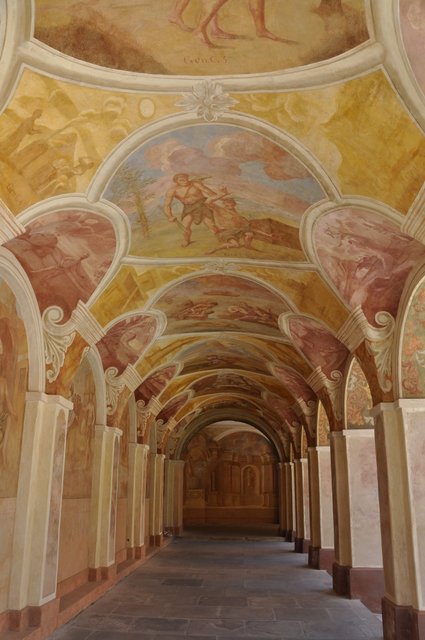 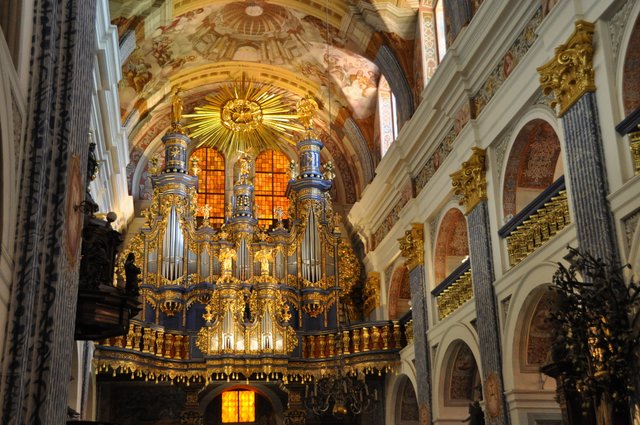 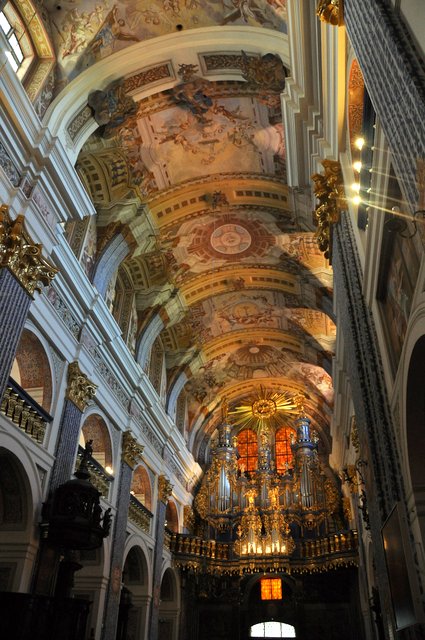 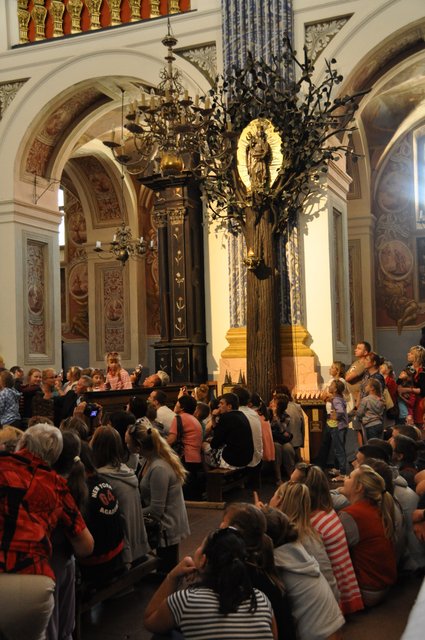 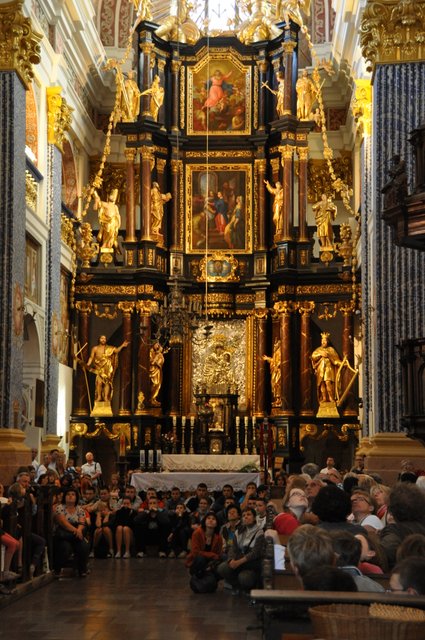